“An island is a piece of land surrounded by water. As soon as we turn 7, schools teach us the stupidity of defining the obvious 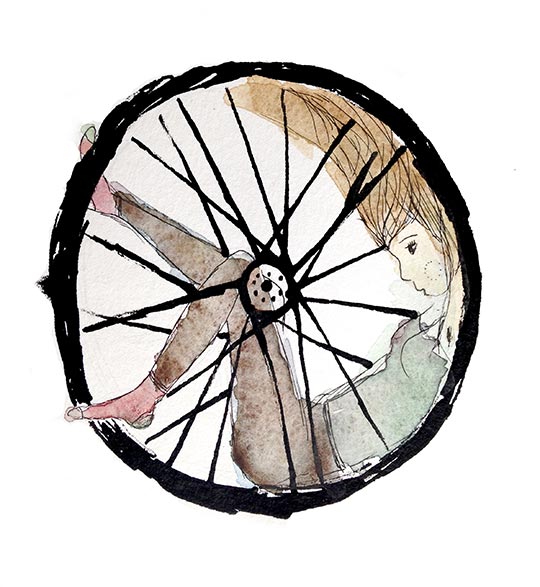 , but they do not point us the way to leave our prisons. Given the lack of answers, it is the dignity of life that clarifies it: the only way out of an island is through a suspended door up in the air, by flying above, a leaving behind. Alone in my bed I watch comets and satellites, shooting stars and the Milky Way. We’re destined to rotate around the sun.

O mundo sem anéis is the confessional story of the 100 days I traveled alone by bicycle in France and Spain. The book is a journey into the inner landscape through memories, diaries, illustrations, maps, meditations and other non-classifiable texts. 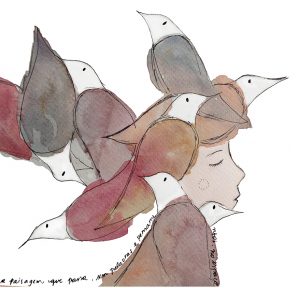 “It took me two months to give up my bedroom, and it came only upon the discovery that no flying saucer would come rescue me while I was laying down. I sailed the sea for I had no wings. No hope to reach the other side: boat freedom is not a complete one. My tiny intention was limited to exploring the nearby landscape.

Carol invites me to cycle some 1200 kilometers of bike lanes across the Atlantic coast of France, and I say yes. Yes to panniers, sports clothing, maps, train tickets, camping gear and to 15 days of bike touring for the first time. Yes to this trip that does not mean I will leave the island. A tiny little yes to getting lost in the surroundings.

At times, it is like that. When there is no solution, all I can do is sail around.”

*O mundo sem anéis” is published currently only in Portuguese. A version in English for Kindle is being prepared and it will be released by December, 2019.